From our Manufacturing.Support session 18 November 2021

As always, we have diverse and interesting issues to raise and address on the forum. This is just a taste of this particular session.

Matching Out on the Heritage Trail

The UK has a large number of antiquities and properties which can be viewed by the public, and even more items and properties which are privately owned. There’s a great deal of interest in these items, but of course, unless something has been created or built and then locked away in a hermetically-sealed environment, then it’s unlikely that these items or properties can remain in their pristine condition.
That affects the value, but this term does depend on the eye of the owner/user or the eye of the beholder. As items are used and suffer wear and tear, they lose a certain amount of interest and popularity. An item of antique furniture that has been preserved in its near-new condition is likely to be more valuable than a similar one which has been used as a family utilitarian piece. 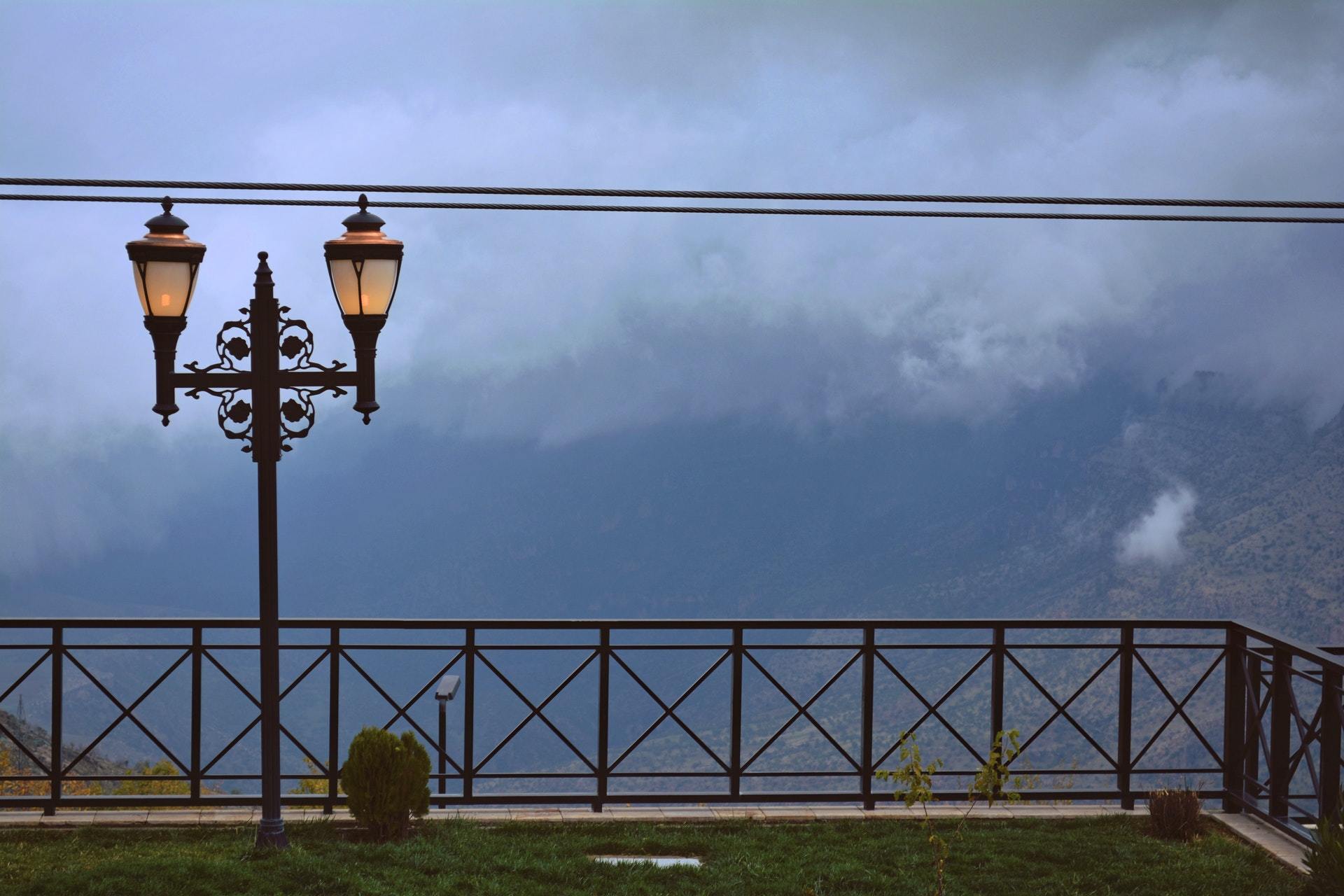 However, value is not the only concern – preserving tangible records of history is also considered important, and the best representation of context is when the articles are in as original condition as possible.
And that means maintenance, repair and restoration.
Manufacturing techniques have changed in the last few centuries, as have the materials used, and economic conditions, intent and technical foreknowledge at the time of construction may well influence them. An item intended as utilitarian and a relatively short lifespan is likely to be made of lower grade materials and with less precision workmanship than something that is planned to be around for at least another 100 years, or is required to have minimal maintenance and high reliability.
Maintenance and repair of heritage equipment and property is a relatively niche market, and because it deals with higher profile items and those that have a long lifespan, which could be extended long after the original designers have gone.
The skills, techniques and materials needed have now shrunk to a small sector, but one that is relatively buoyant.
Cast iron equipment is one such example. There are numerous examples of heritage cast iron street furniture, bridges, facades, railings and vehicle components which are in need of repair. These were originally designed to be built and maintained, but not for repair, as that was seen as not feasible. The only solution to address damage or failure was to replace. However, with companies like Cast Iron Welding Services (www.castironwelding.co.uk) repair are frequently possible, allowing items to return to a (better than) as new condition to extend their life. 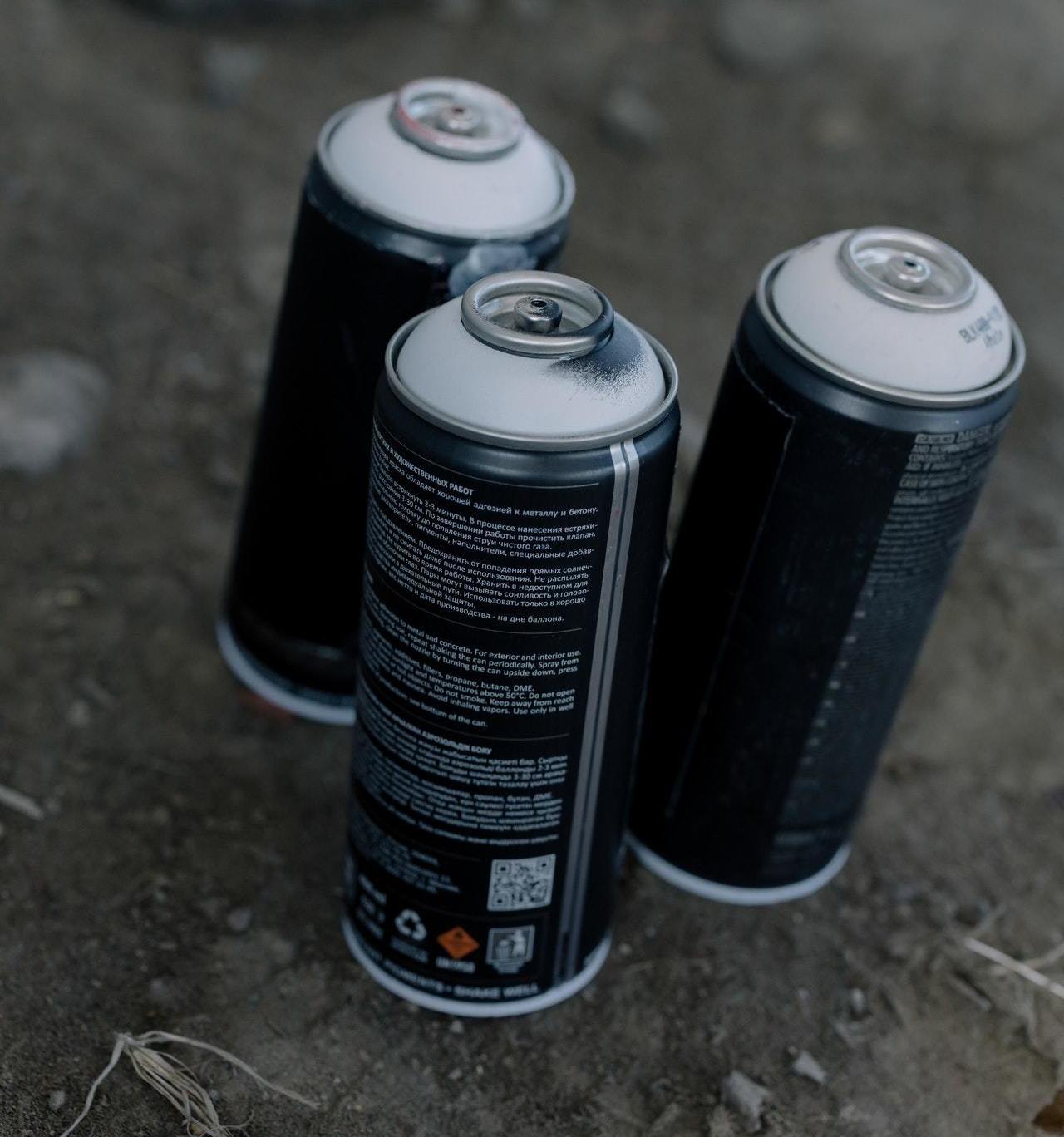 Another popular example is the restoration of vintage motor vehicles. Whilst this is a regular hobby, it also enables someone to add value to a heritage item, far in excess of its original price.
Whilst the care of vintage motor reconstruction is importance, in terms of the materials used, the appearance counts for a great deal, and the paint finish is crucial. Modern legislation is tighter, so many paint types as used for the original construction are not permitted today; getting an exact match for composition is unlikely, and besides, with time, the original colour is likely to have altered through UV exposure and abrasion. This also applies where repairs are carried out on street furniture and there’s a need to match to the rest of the set.
Help is at hand, though with specialist companies like Breakwells Paints, who can match the colour, tone and finish either to the existing surface or to the original colour specification (breakwellspaints.co.uk).
So in the spirit of Repair-Reuse-Repurpose-Recycle, even items that have been in use for over a century may not yet be ready for retirement!

Once seen as just an online retailer for books and videos, Amazon have developed a significant global empire which enables them to put easy access to products to a vast swathe of the population.
However Amazon doesn’t just sell its own products; it also sells on behalf of other businesses, which takes a chunk of administration away from those businesses so they don’t have to deal directly with customers. So much simpler to factor the sales process to a third party!
There’s another string to this which is not so familiar. Holding stock. A business can arrange for Amazon to store their products, and when they make a sale direct to a customer, they can instruct for shipping to be made. That saves a whole load of warehousing an administration – particularly where shipping needs to be made overseas – so it’s a useful consideration for any business who wants to either sell through the Amazon portal or wants a well-known business to handle the distribution. 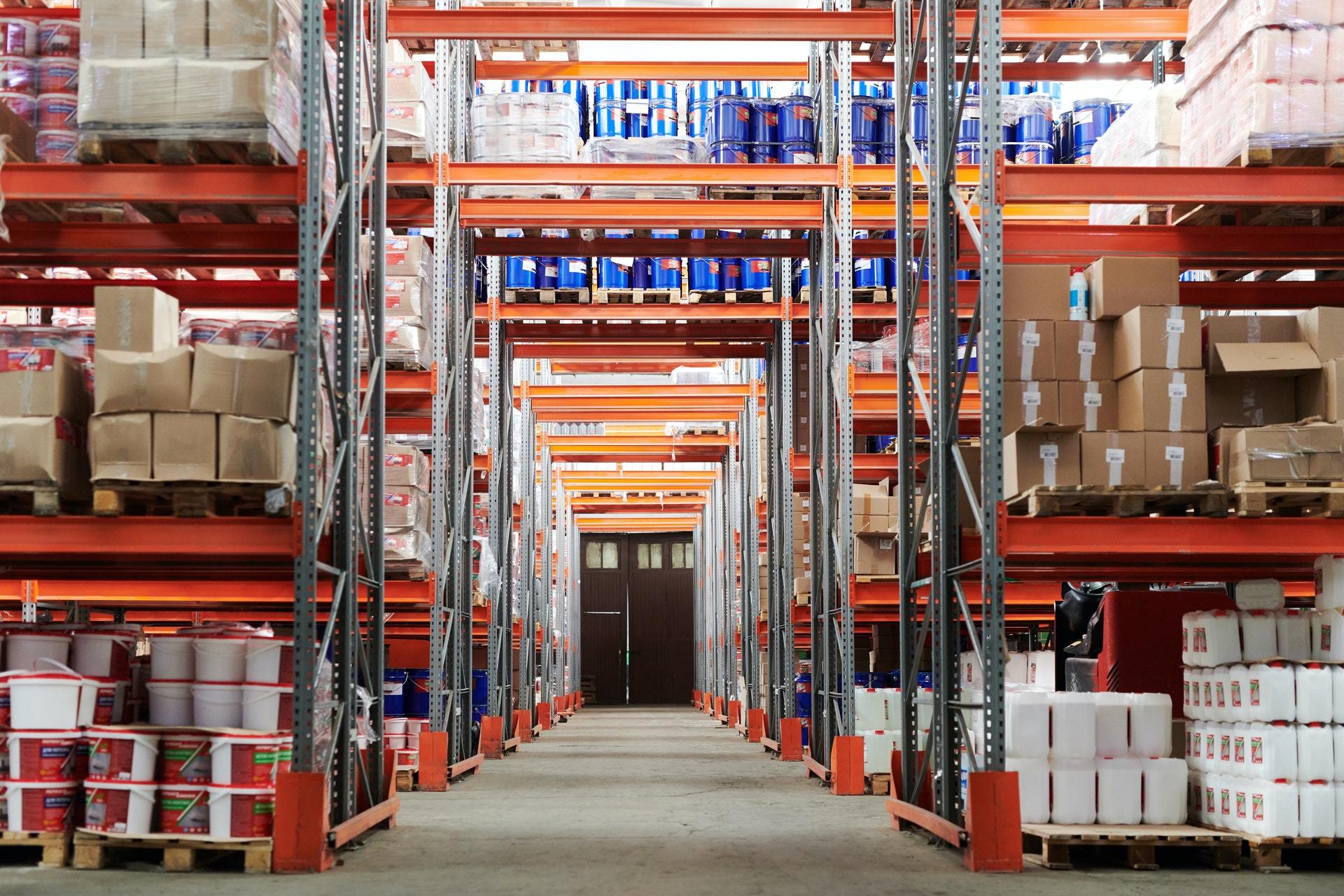 Of course there are fees associated with this, but for the busy business with standardised components or equipment, it’s worth considering.
With their economies of scale, shipping and handling fees can be often be less than engaging your own courier and sourcing and organising packaging materials. However, you do need to keep on top of what’s happening at your “warehousing facility” to ensure you keep your finger on the pulse of your total operation.

There are a whole host of business awards which are nominated and granted to various industry sectors, but are they just a money-making scheme or is there genuine value and sentiment from them?
Nomination or application?
Some industry and business awards are shortlisted on the basis of the company making an application to enter. The award body then usually operates a selection panel, which involves a combination of information submissions, presentations and voting and sometimes could include direct polling of customers. This process starts with a willingness of the applicant to take part in the process. Once the award has been established, there’s the opportunity for a ceremonial announcement and presentations – a good excuse for a glitzy “do” and for the award operator to raise funds to pay for the awards and their own business.
Other awards start with nominations. The nomination may be encouraged, directly nominated by a third party or by the operator’s own committee. Shortlisting and selection is then usually based on evidence of performance – both anecdotal and published – which allows the panel to make their selections. However, because the nominee may be less willing, there is no guarantee that they will engage in publicity.
So does this mean that these award types have different value?
Well, not necessarily. There are so many award schemes in operation, now, that many people are inured to the selection process. The classification of “Best” in one category of one award scheme doesn’t compare with the others being made, so it’s not a ranking, as such, since sometimes nomination or selection is down to luck and opportunity in the first case. 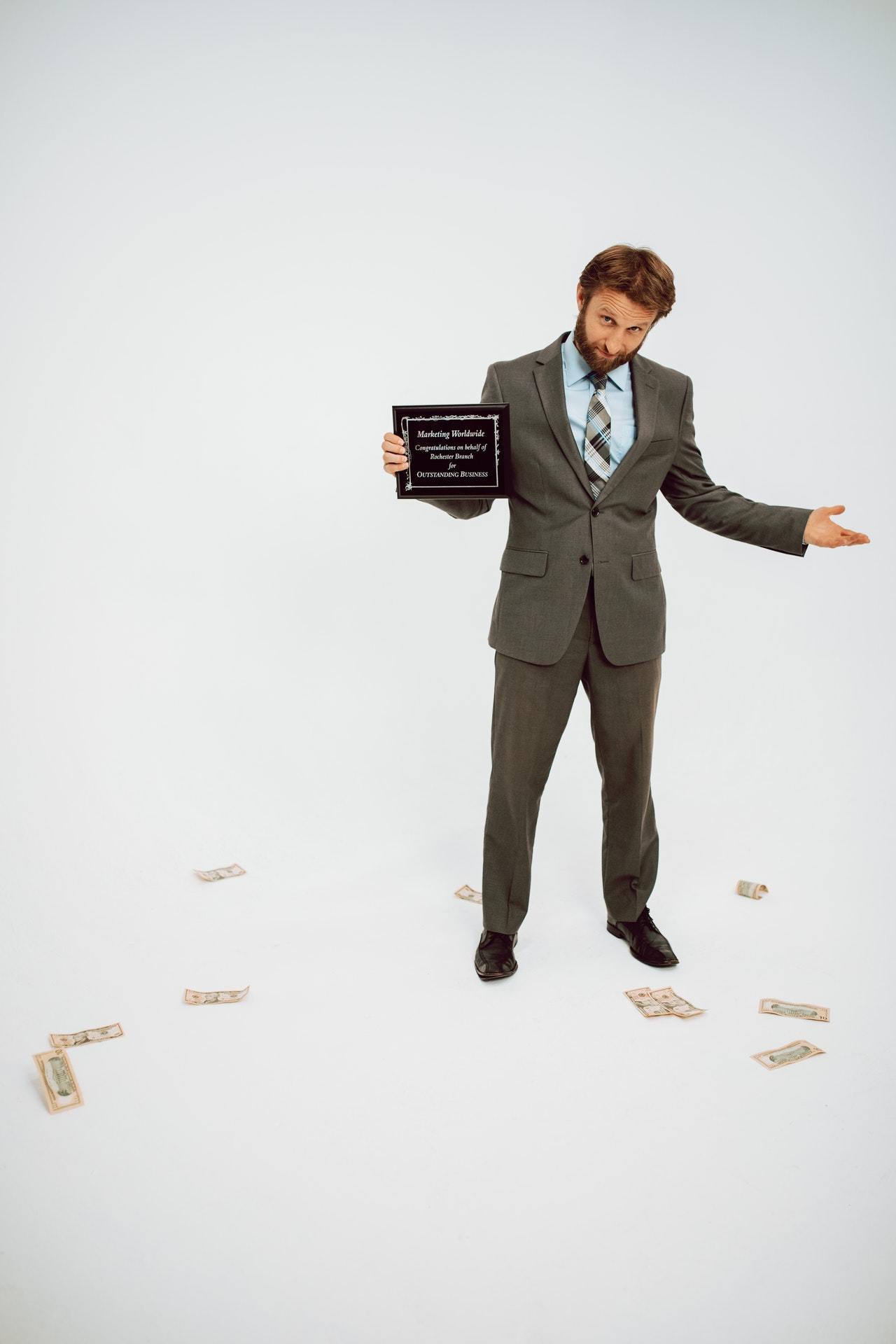 However, if the award is based on an established scheme, or recognised body, then it’s still an opportunity for some publicity and marketing to let people know that someone has flagged you up as worthy of a mention. But don’t forget to factor in the cost!
Share this post: